Using Acid Reflux Medicine to Get Rid of the Annoying Heartburns

How To Choose Your Personal Scent

The Yoga of Menopause – Alternatives to Hormone Therapy 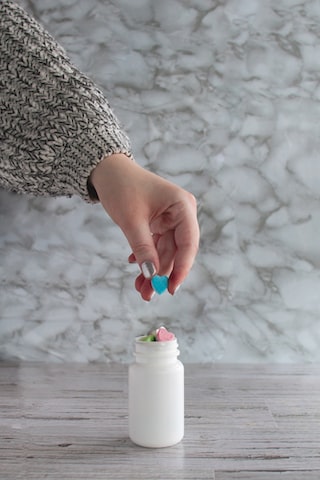 Alcohol lovers would often love to match their drink with spicy dishes and greasy and fatty foods. The perfect combination makes the drinking perfect to the palate. Unfortunately though, this is bad for the esophagus and the stomach. The alcohol, the spicy dishes and the greasy and fatty foods causes acid reflux or also known as Gastroesophageal Reflux Disease (GERD). Other causes of acid reflux are pregnancy, genetic influences, presence of infection in the gastrointestinal tract, and the Non-Steroidal Anti Inflammatory Drugs (NSAIDs).
The Gastrointestinal System of the body is composed of the following: the oral cavity, the esophagus, the stomach, small intestine, large intestine and the anus. The main function of the Gastrointestinal System is to digest food particles, absorb digestive juices and eliminate undigested materials which are of course the feces.
The acid reflux affects the stomach and the esophagus. This occurs when the liquid from the stomach which contains pepsin, an irritating substance produced by the chief cells goes up to the esophagus passing through the cardiac sphincter. The cardiac sphincter is the opening to the stomach from the esophagus. Its function is to prevent reflux of the substances in the stomach because these substances cause esophageal irritation and ulcer. If the cardiac sphincter fails to close after receiving food from the esophagus, acid reflux occurs.
Acid reflux is a chronic condition. Once a person suffers from it, it becomes a life-long ordeal. Injury in the esophagus also is a chronic condition. Even if the esophagus has healed with treatment and it is being stopped, the injury will return in most patients within a few months. Once treatment for said illness is begun, it usually needs to be continued indefinitely.
Normally, liquid reflux in the stomach occurs to a healthy individual. However, people with the acid reflux or GERD, has more acid in the liquid. This may be caused by the genetic influences, specifically, an increased number of parietal cells which produce pepsin in the stomach.
The body has mechanisms to protect itself from the harmful effects of reflux and acid. Most reflux happens during the day when individuals are upright. In said position, the refluxed liquid is more likely to flow back down into the stomach due to gravity. Moreover, while individuals are awake, they continually swallow, regardless if there is reflux or not. Each time individuals swallow the reflux liquid slide back into the stomach. The last body defense to reflux is the salivary glands in the mouth. These glands produce saliva, which contains bicarbonate. Every time an individual swallows, the bicarbonate-containing saliva slides down the esophagus. The bicarbonate neutralizes the small amount of acid that remains in the esophagus.
Basically, acid reflux medicines inhibit the production or release of pepsin produced by the chief cells and hydrochloric acid produced by the parietal cells in the stomach. Other medicines may not totally inhibit the production but they neutralize the acid.
The acid reflux medicines are the Histamine Blockers or the H2 receptor antagonists. Histamine stimulates a pump in the stomach that releases hydrochloric acid. The H2 receptor antagonists prevent the histamine from stimulating this pump. They block the production of the hydrochloric acid thereby reducing secretion and concentration into the stomach.
One of the acid reflux medicines is the Cimetidine which was introduced in 1975. It has a short half-life and short duration of action. The three most popular H2 blockers are Ranitidine, Famotidine and Nizatidine. They are more potent than Cimetidine because in addition to blocking gastric acid secretions, they also promote healing of the ulcer by eliminating its cause. They also have longer duration of action.
As the cliché goes, an ounce of prevention is better than a pound of cure, you can avoid having an acid reflux or GERD by avoiding too much smoking and alcohol, and by eating less of spicy and greasy food. When taking NSAIDs, be sure you take it after meals. Lastly, avoid stress because it stimulates the release of the deadly acid.
If you want to find out more for the above topic, please email us at [email protected] Thank you.
Credits:
Content: PLR, Image: Pixabay