Dealing with a colicky infant 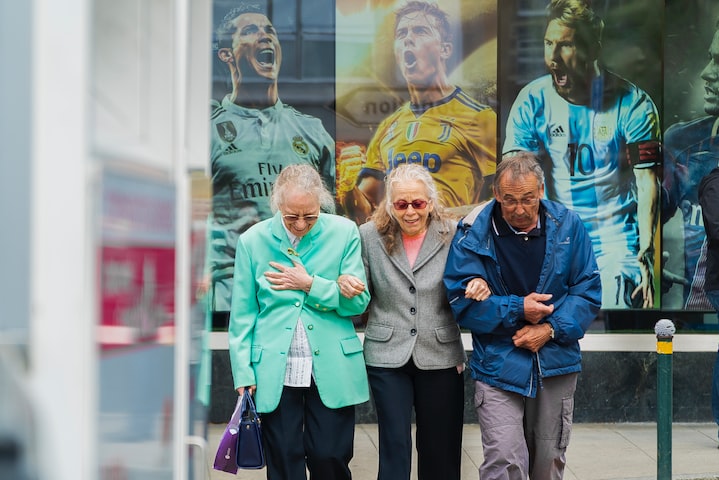 Alzheimer’s disease is a progressive brain disorder. Its gradual effects on the brain are relentless as a sufferer’s memory is progressively destroyed and along with it, the capability to learn, make judgments, and communicate. The disease will eventually make it difficult for the sufferer to even carry out normal daily tasks to the point of total disappearance of any capability.
It is a very difficult circumstance to be in, to watch a family member seemingly “waste away” bit by bit. The sufferer’s the struggle to maintain some form of sanity despite the condition is often too much for many relatives to bear that they, sadly, distance themselves from the sufferer instead of giving support.
It really pays to know more about Alzheimer’s and better understand the condition lest you find yourself or a member of your family in this type of situation. Knowing the warning signs early on can help you cope up with the disease earlier where there might still be some chance at minimizing the damaging effects of Alzheimer’s. Knowing what to look for will not only help you but also your friends or loved ones who might also have the odds against them in developing the said debilitating disease.
It is of the utmost important to understand some of the warning signs of Alzheimer’s. While memory loss is reasonable and is an expected symptom of aging, the type of memory loss symptoms of Alzheimer’s are significantly greater and are often accompanied or followed by other tell tale symptoms. People suffering this disease often have difficulty with general cognitive abilities such as communication, thinking, reasoning, comparing, and learning new skills.
Short-term memory is what Alzheimer’s disease usually affects first. Sufferers tend to forget family names and even how to perform simple daily tasks. However, long-term memory is somehow attained with Alzheimer’s disease where some patients may even retain the ability of remembering events from the past.
Another sign shown by patients suffering from Alzheimer’s disease is the gradual loss of verbal communication skills. Instead of speaking up, sufferers will begin to communicate their feelings, preferences and needs through body language and facial expressions more frequently. Perception is another area that can be affected by Alzheimer’s disease.
It may be difficult to set up a clear warning sign level as some of the symptoms exhibited by Alzheimer’s sufferers might just be a part of normal behavior. Such symptoms may even be related to another ailment entirely. But when you see such signs being exhibited by someone near to you or someone that you know, you should never be quick to rule out Alzheimer’s as a possible reason. Here are the ten basic warning signs for Alzheimer’s to always look out for:
•Gradual loss of memory
•Difficulty performing simple everyday tasks
•Problems with language
•Disorientation
•Declining judgment
•Inability to perform complex mental tasks
•Misplacing certain everyday items
•Noticeable behavioral changes
•Increased confusion, fear and suspicion
•Loss of initiative

As of the present there are no Alzheimer’s treatments that will totally cure, prevent or reverse the onset of the disease or its gradual progression. What doctors can do is try to treat many of the disease symptoms such as loss of memory. The good news is that as new discoveries about the disease are being made, it won’t be long before effective Alzheimer’s treatments will be made available.
Try to consult with a qualified physician in order to help eliminate some symptoms that might look like true Alzheimer’s and to effectively distinguish between the many other causes of dementia, some of which are completely treatable.
If you want to find out more for the above topic, please email us at [email protected] Thank you.
Credits:
Content: PLR, Image: Pixabay