Overview of What Arthritis Is 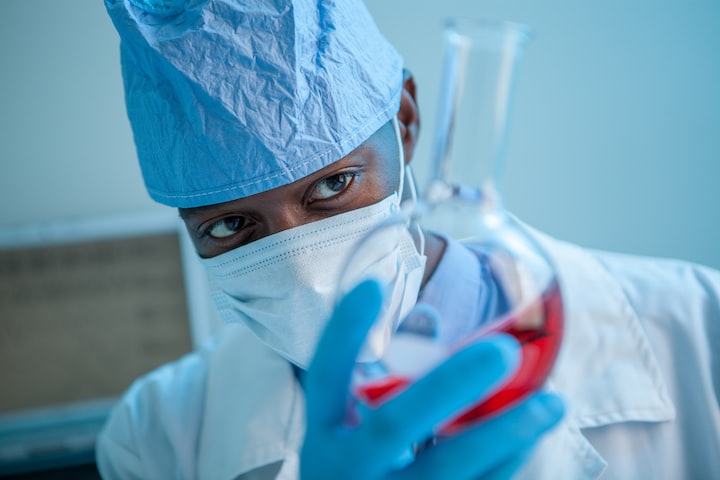 General sense of not feeling well (malaise)
Rheumatoid arthritis usually causes problems in several joints at the same time. Early in rheumatoid arthritis, the joints in your wrists, hands, feet and knees are the ones most often affected. As the disease progresses, your shoulders, elbows, hips, jaw and neck can become involved. It generally affects both sides of your body at the same time. The knuckles of both hands are one example.
Small lumps, called rheumatoid nodules, may form under your skin at pressure points and can occur at your elbows, hands, feet and Achilles tendons. Rheumatoid nodules may also occur elsewhere, including the back of your scalp, over your knee or even in your lungs. These nodules can range in size — from as small as a pea to as large as a walnut. Usually these lumps aren’t painful.
In contrast to osteoarthritis, which affects only your bones and joints, rheumatoid arthritis can cause inflammation of tear glands, salivary glands, the linings of your heart and lungs, your lungs themselves and, in rare cases, your blood vessels.
Although rheumatoid arthritis is often a chronic disease, it tends to vary in severity and may even come and go. Periods of increased disease activity — called flare-ups or flares — alternate with periods of relative remission, during which the swelling, pain, difficulty sleeping, and weakness fade or disappear.
Swelling or deformity may limit the flexibility of your joints. But even if you have a severe form of rheumatoid arthritis, you’ll probably retain flexibility in many joints.
Illustration comparing rheumatoid arthritis and osteoarthritis
Osteoarthritis, the most common form of arthritis, involves the wearing away of the cartilage that caps the bones in your joints. With rheumatoid arthritis, the synovial membrane that protects and lubricates joints becomes inflamed, causing pain and swelling. Joint erosion may follow.
Causes
As with other forms of arthritis, rheumatoid arthritis involves inflammation of the joints. A membrane called the synovium lines each of your movable joints. When you have rheumatoid arthritis, white blood cells — whose usual job is to attack unwanted invaders, such as bacteria and viruses — move from your bloodstream into your synovium. Here, these blood cells appear to play an important role in causing the synovial membrane to become inflamed (synovitis).
This inflammation results in the release of proteins that, over months or years, cause thickening of the synovium. These proteins can also damage cartilage, bone, tendons and ligaments. Gradually, the joint loses its shape and alignment. Eventually, it may be destroyed.
Some researchers suspect that rheumatoid arthritis is triggered by an infection — possibly a virus or bacterium — in people with an inherited susceptibility. Although the disease itself is not inherited, certain genes that create an increased susceptibility are. People who have inherited these genes won’t necessarily develop rheumatoid arthritis. But they may have more of a tendency to do so than others. The severity of their disease may also depend on the genes inherited. Some researchers also believe that hormones may be involved in the development of rheumatoid arthritis.
Illustration showing inflammation of rheumatoid arthritis
Rheumatoid arthritis typically strikes joints, causing pain, swelling and deformity. As your synovial membranes become inflamed and thickened, fluid builds up and joints erode and degrade.
Risk factors
The exact causes of rheumatoid arthritis are unclear, but these factors may increase your risk:

When to seek medical advice
See your doctor if you have persistent discomfort and swelling in multiple joints on both sides of your body. Your doctor can work with you to develop a pain management and treatment plan. Also seek medical advice if you experience side effects from your arthritis medications. Side effects may include nausea, abdominal discomfort, black or tarry stools, changes in bowel habits, constipation and drowsiness.
Screening and diagnosis
If you have signs and symptoms of rheumatoid arthritis, your doctor will likely conduct a physical examination and request laboratory tests to determine if you have this form of arthritis. These tests may include:

Treatment
Treatments for arthritis have improved in recent years. Most treatments involve medications. But in some cases, surgical procedures may be necessary.
Medications
Medications for rheumatoid arthritis can relieve its symptoms and slow or halt its progression. They include:

Some potential side effects include injection site reactions, decreased white blood cell counts, headache and an increase in upper respiratory infections. There may be a slightly higher rate of respiratory infections in people who have asthma or chronic obstructive pulmonary disease. If you have an active infection, don’t use anakinra.

Surgical or other procedures
Although a combination of medication and self-care is the first course of action for rheumatoid arthritis, other methods are available for severe cases:

More On This Topic

It’s good to move each joint in its full range of motion every day. As you move, maintain a slow, steady rhythm. Don’t jerk or bounce. Also, remember to breathe. Holding your breath can temporarily deprive your muscles of oxygen and tire them. It’s also important to maintain good posture while you exercise. Avoid exercising tender, injured or severely inflamed joints. If you feel new joint pain, stop. New pain that lasts more than two hours after you exercise probably means you’ve overdone it. If pain persists for more than a few days, call your doctor.

* Apply cold for occasional flare-ups. Cold may dull the sensation of pain. Cold also has a numbing effect and decreases muscle spasms. Don’t use cold treatments if you have poor circulation or numbness. Techniques may include using cold packs, soaking the affected joints in cold water and ice massage.
* Practice relaxation techniques. Hypnosis, guided imagery, deep breathing and muscle relaxation can all be used to control pain.
* Take your medications as recommended. By taking medications regularly instead of waiting for pain to build, you will lessen the overall intensity of your discomfort.
Coping skills
The degree to which rheumatoid arthritis affects your daily activities depends in part on how well you cope with the disease. Physical and occupational therapists can help you devise strategies to cope with specific limitations you may experience as the result of weakness or pain. Here are some general suggestions to help you cope:
* Keep a positive attitude. With your doctor, make a plan for managing your arthritis. This will help you feel in charge of your disease. Studies show that people who take control of their treatment and actively manage their arthritis experience less pain and make fewer visits to the doctor.
* Use assistive devices. A painful knee may need a brace for support. You might also want to use a cane to take some of the stress off the joint as you walk. Use the cane in the hand opposite the affected joint. If your hands are affected, various helpful tools and gadgets are available to help you maintain an active lifestyle. Contact your pharmacy or doctor for information on ordering items that may help you the most.
* Know your limits. Rest when you’re tired. Arthritis can make you prone to fatigue and muscle weakness. A rest or short nap that doesn’t interfere with nighttime sleep may help.
* Avoid grasping actions that strain your finger joints. Instead of using a clutch purse, for example, select one with a shoulder strap. Use hot water to loosen a jar lid and pressure from your palm to open it, or use a jar opener. Don’t twist or use your joints forcefully.
* Spread the weight of an object over several joints. For instance, use both hands to lift a heavy pan.
* Take a break. Periodically relax and stretch.
* Maintain good posture. Poor posture causes uneven weight distribution and may strain ligaments and muscles. The easiest way to improve your posture is by walking. Some people find that swimming also helps improve their posture.
* Use your strongest muscles and favor large joints. Don’t push open a heavy glass door. Lean into it. To pick up an object, bend your knees and squat while keeping your back straight.
If you want to find out more for the above topic, please email us at [email protected]. Thank you.
Credits:
Content: PLR, Image: Pixabay