Bronchiolitis: The Bronchitis Version in Infant 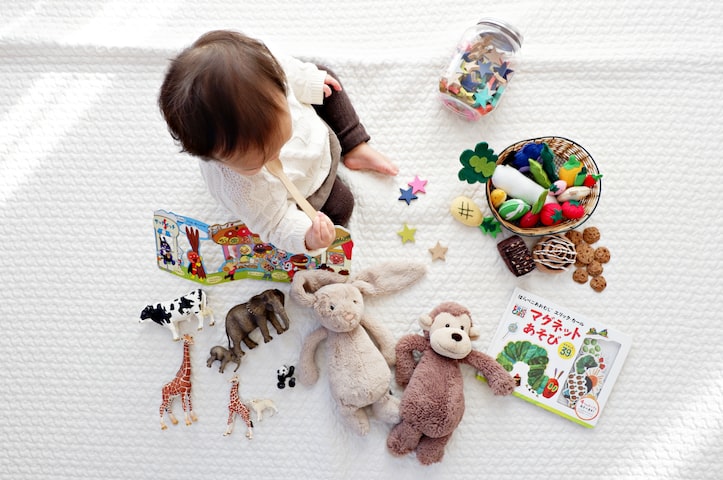 No parent will get a good night sleep when his baby is persistently coughing and breathing for him is difficult. You think that it is no ordinary cold or cough. It is something else. You may want to check if your baby is suffering from Bronchiolitis.
While bronchitis commonly happens to adults as their large airways inflame, bronchiolitis is a term referred to infants with inflamed airways between the chest and the lungs. The term bronchiolitis is coined since the bronchioles of infants are smaller than those of an adult. Thus it is easily plugged and viruses can easily enter.
Who are at risk?
When your baby reaches the age of six months, he is more likely to be prone on developing bronchiolitis. It occurs until the second year of your baby.
Infants are more susceptible to the illness during the winter and early spring season. Moreover, infants who are exposed to cigarette and belch smokes are also at high risk of obtaining the said illness. A crowded environment also causes onset symptoms of bronchiolitis.
When you have a male infant, then he is most likely to acquire bronchiolitis. Studies also showed that male infants who are formula-fed are most likely to develop the said illness especially if they have not been breast-fed during the first six months of an infant.
What causes bronchiolitis?
A viral infection, commonly known as respiratory syncytial virus (RSV) is the main culprit behind bronchiolitis. Studies show that RSV is the major cause of sickness to young children especially infants. Other viruses which cause the said illness are the following:
? Parainfluenza virus – medical studies show that this kind of virus brings pediatric respiratory infections to most infants.
? Mycoplasma – this type of virus is an imperative cause of pneumonia and other disorders in the respiratory system.
? Adenoviruses – a virus which commonly causes conjunctivitis and other illnesses in the respiratory system
? Influenza virus – this type of virus strikes human’s respiratory tract which leads for an individual to suffer from cough, cold or to some extent bronchitis.
What are the symptoms?
Your infant will begin to have a stuffy and runny nose with a meek cough. That is the primary symptom of an infant who develops bronchiolitis. He will then begin to suffer from breathing difficulties both in inhaling and exhaling.
After a day or two, your baby will then have an increase in breathing difficulty with rapid wheezing and cough. If you will observe, by this time his heartbeat has increased as well.
Other probable indications which may be accompanied by the above-mentioned symptoms are fever or cooler body temperature and reduced appetite.
How can bronchiolitis be diagnosed?
If the above-mentioned symptoms are apparent to your baby, then it is highly recommended that you bring him to his pediatrician. The pediatrician after assessing the infant’s medical history and after taking physical examination may advise for the following tests to further prove that the illness is indeed bronchiolitis:
1. Chest x-ray
2. Pulsoximeter
What are the recommended treatments?
There are helpful first-aid cure to give temporary relief to your baby. The most important step you need to undertake is to supply him a lot of non-caffeinated fluids. By doing so, dehydration will be prevented.
The use of humidifier or saline nose drops may also be done to allow the mucus to lighten.
Sometimes it is recommended for parents or caregivers to bring the infant to the hospital so that he may be well-supervised in terms of giving him fluids, oxygen which is humidified and most importantly a thorough observation.
Can bronchiolitis be prevented?
Once an infant has been cured from bronchiolitis, you cannot risk another instance to experience the same illness. Hence, you need to undertake some preventive measures:
– During winter or early spring season where bronchiolitis is receptive, keep an infant away from individuals who have colds, cough, and flu.
– As the parent or caregiver, make it a habit to wash your hands before handling an infant.
– If you are to cough or sneeze, make sure that you cover your mouth with a tissue or handkerchief. Parents or caregivers who are likely to become sick should temporarily ask someone to take over their responsibility.
If you want to find out more for the above topic, please email us at [email protected] Thank you.
Credits:
Content: PLR, Image: Pixabay