Acupuncture For All Those Simple Aches And Pains 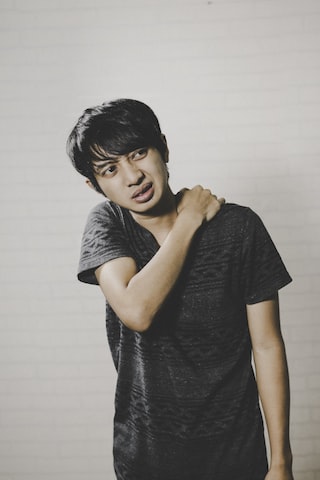 If, like me, you have quite a fear of needles and injections, then acupuncture, that practice of sticking needles onto different parts of your body to cure sicknesses might seem scary at first.
However, if you’ve been long been suffering from some problems like headaches or chronic pains and your regular visits to the doctor don’t seem to be helping you, then why not consider a trip to an acupuncture specialist? After all, who hasn’t heard of somebody’s aunt somewhere suffering from arthritis and trying out everything that the doctors recommended all to no avail, only to finally be cured by a really good acupuncturist?
Perhaps you were wondering if it could actually work for you. You might feel a bit skeptical since traditional Chinese medicine doesn’t immediately coincide with theories in modern Western medicine. In fact, the use of needles to cure people was discovered thousands of years ago in China long before microscopes or x-ray machines were invented or before bacteria and germs were discovered.
When you think about it, that might be something that the practice has going for it. If it has existed already for thousands of years and is still being practiced by millions up to now, then it must have worked already for quite a number of people.
What typically happens when you go to an acupuncturist?
When you go to an acupuncturist, you would typically first be asked about your medical history, how you’re feeling and any symptoms of sicknesses you might have. The specialist would observe features of your face, including your tongue. According to specialists, your tongue is a good indicator of the health of your internal organs. The acupuncturist would listen to sounds that your body makes like the sounds coming from your lungs. How your body smells could also be an indicator of your overall health for the acupuncturist’s diagnosis.
Based on what the acupuncturist finds out about your sickness, he or she would then formulate the treatment that your body needs. With traditional Chinese medicine, sicknesses are seen as a kind of imbalance and loss of harmony between your bodies’ organs. You can consider the use of needles on your body as just a way to push your body and its organs back into balance.
The specialist would begin inserting very thin needles into the right places in your body. To many people, inserting these needles doesn’t really hurt. After all, an acupuncturist’s needles are usually much thinner than the needles that are used for injections. Many have claimed that inserting these needles actually calms them down and relaxes them.
How does the use of these needles help you?
A lot of problems have been claimed to have been alleviated through this practice. These include headaches, the common cold, arthritis, back pains, asthma and even infertility.
Even though acupuncture isn’t part of Western medicine, Western medicine experts have studied it extensively. Some theories as to why it works involve acupuncture perhaps stimulating the brain’s release of the body’s natural painkillers. Acupuncture could also stimulate proper circulation in the human body.
Western medicine is still studying acupuncture and trying to find out how to best integrate it with practices in Western medicine. That is why, along with Western medicine and trips to the doctor, one could certainly try acupuncture.
It couldn’t hurt and it might actually be the one to finally relieve you of a lot of your body’s aches and pains and even make you healthier.
If you want to find out more for the above topic, please email us at [email protected] Thank you.
Credits:
Content: PLR, Image: Pixabay